The price of gold, in $ terms, extended its weekly slide from multi-year tops Tuesday, yet has found some respite off the 38.2% Fibonacci retracement level at 1635.2, based on the H4 timeframe. Interestingly, the Fibonacci level aligns with daily support at 1635.6. Resistance continues to cap buying, withstanding several upside attempts so far this week.

H4 Support at 1611.3, which happens to merge with channel resistance-turned support, taken from the high 1593.9, remains a point of interest on this scale. Meanwhile, indicator-based traders may also wish to acknowledge the relative strength index (RSI) is seen attempting to bottom around the 50.0 value, following a downward move out of overbought territory.

Higher-timeframe action has weekly price fading resistance at 1667.3, formed in the shape of a shooting star candlestick pattern. Continued selling from here could draw in a support area at 1616.8-1592.2. On the daily timeframe, resistance entered the fold at 1687.4, with support recently making a show at 1635.6.

Daily support at 1635.6 could hold price action higher today. However, the top edge of the weekly support area is also of interest at 1616.8, given it converges closely with H4 support at 1611.3. Both are essentially valid reversal zones.

Whether additional confirmation, such as candlestick patterns, is needed before pulling the trigger off either of the aforementioned supports is, of course, trader dependent. Traders are, however, urged to recognise we do have weekly resistance in play at 1667.3. 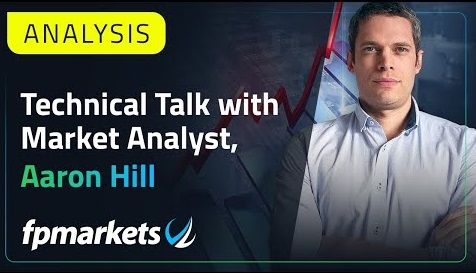